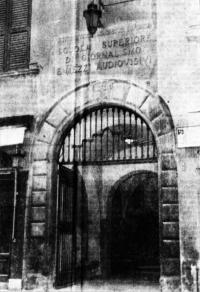 It was 1968 when, the University, originally named “The Institute of Foreign Languages and Literature” was founded in the Upper Town of Bergamo. An autonomous body, neither private nor public: a project wanted by the city's institutions, animated by their mutual understanding and extraordinary far-sightedness. «An engine for the Upper Town», said the mayor of the time Pezzotta. And its approach was immediately evident: openness to international exchange.

The Origins: a Void to Fill

There was a gap to fill, a gap left by Bocconi: the prestigious Milanese University had just closed the Language Course. Grasping this opportunity was really important. The initiative of the Minister of Education of the time, Mr. Scaglia, native from Bergamo, together with the resourcefulness of the first rector, Professor Branca, gave rise to a University whose clear objective was to promote a high-level education and training of the most important European languages and cultures.

In the early Seventies a new important challenge had to be taken on. Bergamo’s entrepreneurial business network demanded a growing number of professional figures highly qualified in economics.

The voice of the territory was finally heard: between 1974 and 1985 the degree course was established, to be then followed by The Faculty of Economics and Business Administration Via Salvecchio. With the broadening of the range of studies, the “fight” for spaces inevitably imposed itself. That is how the first linguistic laboratory was created at Palazzo Terzi, then the headquarters in Piazza Rosate: the University took shape.

Dalmine is a symbol of an industrial history that spans the whole Twentieth century. An ideal continuity could be glimpsed between the establishment of the first iron and steel plants at the beginning of the century and the subsequent productive and urban development of that area. It was then necessary to push things a step further, to understand that a territory so rich in work and so much oriented towards innovation represented the natural and perfect ground for the creation of a Department of Engineering. This happened in 1991.

Shortly after, the University was expected to make a fundamental change. It was November 1st, 1992 when, with Rector Pietro Enrico Ferri, the University became a state institution and changed its name to University of Bergamo. A new path was then mapped out. That was a way to guarantee stable resources and adopt a new approach to design the destiny of a University whose international vocation was increasing, thanks to the opportunities offered at the time by Erasmus.

During the rectoral terms of Alberto Castoldi (1999-2009) and Stefano Paleari (2009-2015) there was a substantial increase both in the number of students and teaching staff. Two new Departments were founded, Department of Letters Philosophy, Communication and Department of Law, as well as new Bachelor and Master degree courses and PhD programs. The University got bigger and stronger, on a didactic and scientific level but also on a physical one: the new offices in via dei Caniana, Sant'Agostino, via Pignolo, scatter the University throughout the city and create a system of campuses. In addition, the science park "Kilometro Rosso" is also home to the prestigious Aula Magna, in the former Fourteenth-century church of Sant'Agostino.

With students reaching up to almost 16,000, this is also a crucial phase of international opening.

With the Rector Prof. Remo Morzenti Pellegrini, synergies with local institutions and the entrepreneurial system are increasing to offer students more and more opportunities. Today, the University and the territory appear to be a mutual source of nourishment, an essential and vital bond, while the international dimension of the University is being increasingly and better enhanced.

Meanwhile, development projects are going on in the city with the recovery of the former Montelungo barracks, which will become the site of the new University Sports Centre, student accommodations and residences for visiting professors. The number of currently enrolled students is now over 20,000. 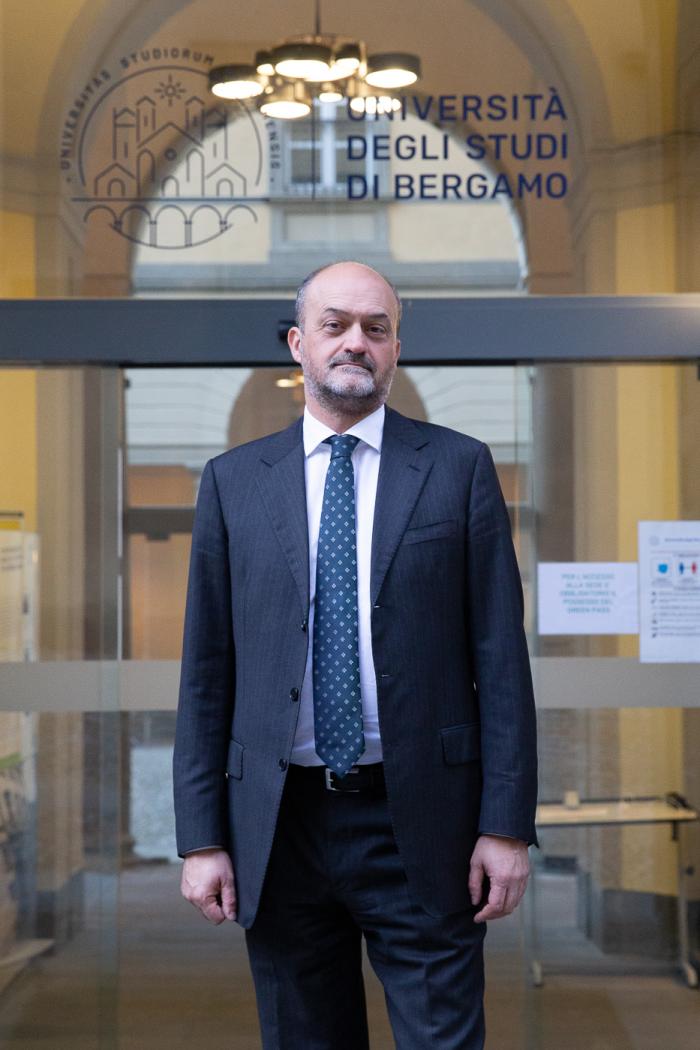 With the election of the new rector, prof. Sergio Cavalieri, a new path opens up for the University. During the 2021-2027 six-year period, important challenges will have to be faced and the numerous opportunities offered by a rapidly changing world will have to be taken up. UniBg aims to contribute to the opening of new frontiers, to question the "futures" of society and to train the new generations. This idea represents the direction to be taken in the next few years, that is a historical moment characterized by huge investments in research and training made available by regional funds, by the PNRR at national level and by Horizon Europe.

A University for the city, a widespread campus. It is often thought that bringing all the students together in one campus, thus creating a sort of “small fortress” is the best solution for Universities. But actually this would mean, under many perspectives, creating a barrier between the University community and the world, isolating the student.

The choice of the University of Bergamo was instead to become, over time, a University inside the city. The Campus of Economics and Law, Campus of Humanities and Campuses of Engineering are now part of one design, which represents an invitation: to believe in a daily link with the city and its territory, its history, its culture.

Growing does not only have a dimensional meaning, and the University in Bergamo is now in its right dimension: not disorganized, not chaotic, student-friendly. To grow means to open up. This is why we wanted to recover important places in the city, real pearls that bear witness to a great past. Regenerated and enhanced spaces open up to everyone offering more and more, cultural initiatives and events.

Bergamo and its University: an adaptive and adaptable University, capable of reacting quickly and positively to the inputs coming from the local environment and capable of responding to the pressures emerging from the national and international framework. Thanks to a transversal approach that today's knowledge requires. Thanks to an international projection, which is a project for the University and soul of the city today.

A University that is part of the world. Its inclusion in the world ranking drafted by the English magazine “Times Higher Education” represents its recognition and testimony.