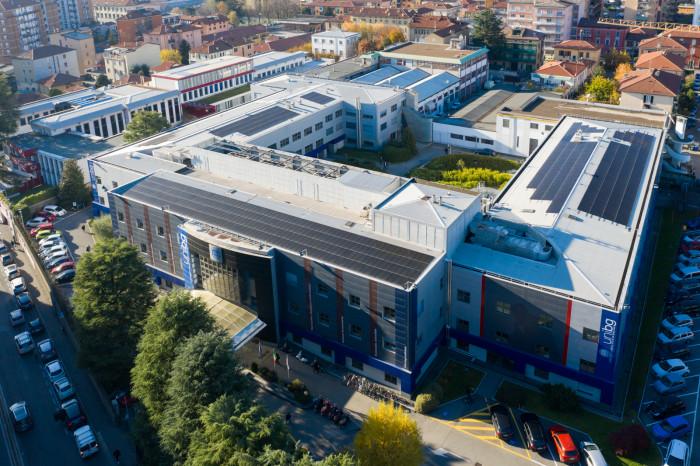 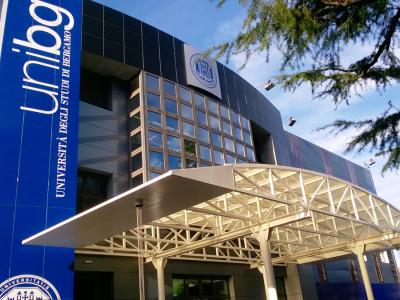 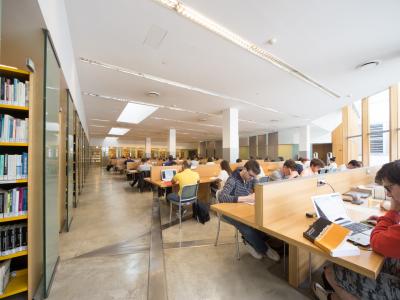 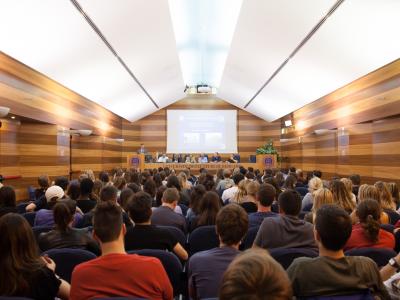 Caniana is on Google Maps

Take the BUS Line 1 / airport to the Bergamo station.

As you leave the the station, in Piazza Marconi, turn left and take via Geremia Bonomelli; continue straight on via San Giorgio.
as you reach largo Giuseppe Tironi, cross the road and take Via de' Caniana.

By bus you can reach the campus from Piazza Marconi with lines 5A and 5B.

On the early 50s an industrial complex was built on an area between the streets of San Bernardino and Moroni. In the mid-eighties, the building was turned into the Service Center of the Banca Provinciale Lombarda by architects Poli, Mambretti, Traversi, Travisa.

The walls are made out of insulated aluminum sheets, hence the building has a perfectly linear shape, while the main entrance stands out for the large portal.

Our University took possession of it after the BPL was sold in 1987 and then taken over in 1993 by the Istituto San Paolo di Torino.

The internal rooms were substantially unchanged: the great hall was named after Serio Galeotti, the rector in the 1972- 1975, the one who established the degree course in Economics and Commerce.